St Luke’s was founded thanks to the efforts of Harold Hassall and Jim Littlemore.

The following years St Luke’s become a charity and we purchased Grosvenor House in Winsford.

The first Day Hospice patients were admitted in March 1988 and the hospice was officially opened by their Royal Highnesses, the Prince and Princess of Wales on 18 May.

By 1992, a further extension was opened to house a multi-purpose area for Day Hospice and lectures.

In 1994 we started our St Luke’s lottery, which to this date is our biggest source of income!

In 1999 the reception area was improved and a consulting room added.

In 2000, we introduced a Complementary Therapy Clinic for Day Hospice patients.

The Lymphoedema Clinic was introduced.

St Luke’s entered into a partnership with the local PCT and Macmillan Cancer Support .

In 2005 we launched our Midnight Walk which has since raised millions for St Luke’s!

The Hospice received the Queen’s Award for Voluntary Service, which was presented during a Royal Visit by the Duke of Gloucester.

Our staff were commissioned to work with the local Macmillan Cancer Centre.

We received a grant to lead project work on end of life care in Dementia.

We purchased our Luke bus thanks to Bentley who also gave Luke a makeover in 2014!

We received a grant to create a room for our Lymphoedema and our Reception.

In 2014 we opened up our second site Winterly Grange.

We won the Best Training Initiative award at the National Dementia Care Awards in 2015.

We began working with the Salvation Army in Crewe to support the local homeless community.

In 2018 we celebrated our 30th Anniversary which included a special visit from the Earl of Wessex.

Our partnerships grew and to include Wishing Well, Dementia UK and Hospices Together.

We explored new fundraising initiatives to raise money for the Hospice including the Woof Mudder, The Great Christmas Pudding Day and overseas challenges.

Click here for a look at some of our royal visits over the years. 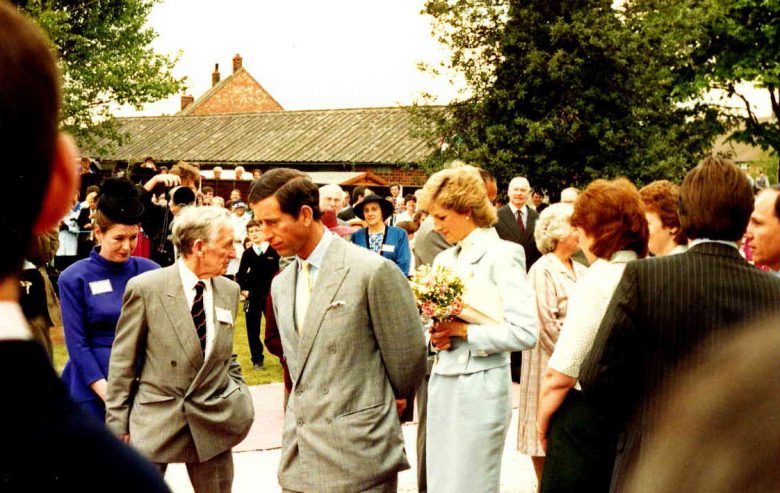